This week we actually got some rain in Austin. It cooled down from 100 to about 77, which felt downright cold in comparison. I was so happy about that, since I bought these boots last week and have been patiently waiting to debut them! 🙃 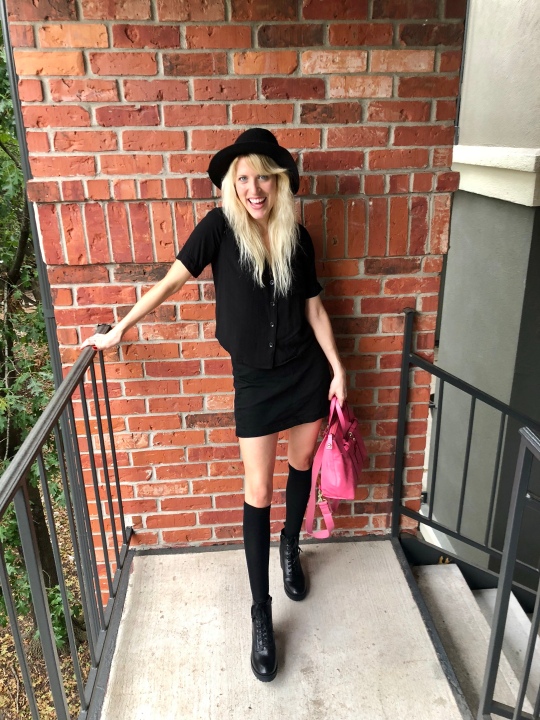 For a day of tripping around Austin, I put on my favorite black denim mini skirt, black short sleeve button down, knee high socks, and a black felt hat (because of the rain, duh). 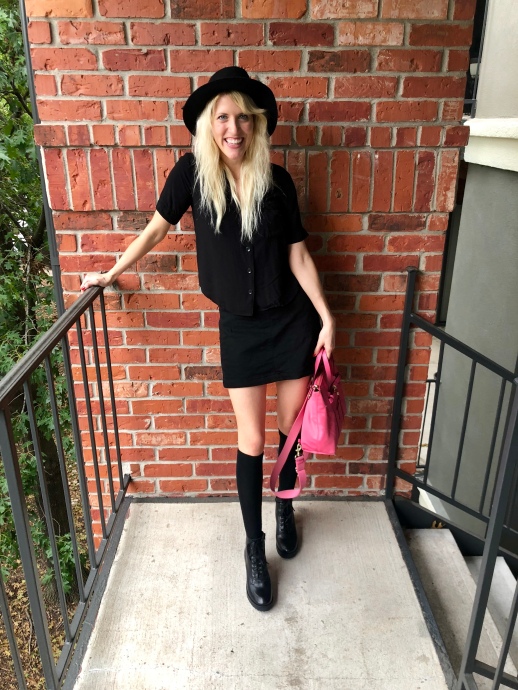 My purse is the Henri Bendel Jetsetter mini in Camellia Rose- my signature bag. The Jetsetter mini backpack is the best purse I’ve ever used, and I have them in three colors. They’re nylon and leather, so they’re super durable. 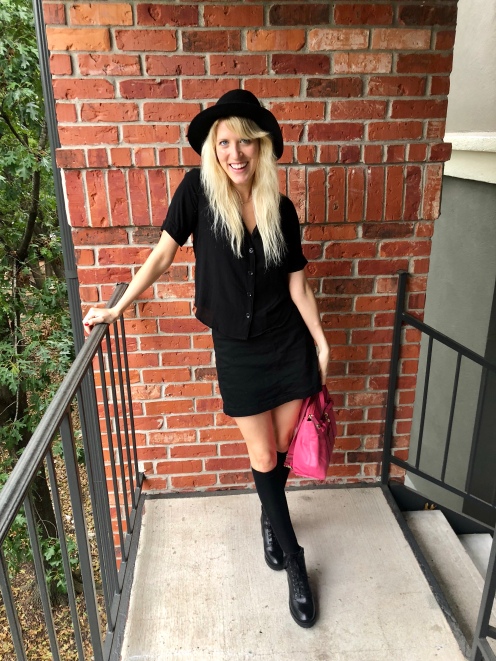 My boots are the Steve Madden MACKELLE platform combat boots. I snagged them from DSW on sale while fervently trying to find some platform combats for fall. I felt so cool in these stompy lace up boots and witchy all black outfit.

Fall shopping already? This is pretty much me right now:

Scott and I tripped around Austin, checking out an incredible used tube amp. I got a lot of good internet browsing done while he tried out different pedals and fell in love with a black cased Orange Rockerverb MK ii. I used to hate the MK ii because I thought its pre-amp tube gave it such a harsh tone, but now I love it. Funny how tastes change. Anyway, I saw this beautiful kitten on reddit that I just had to share 😍. 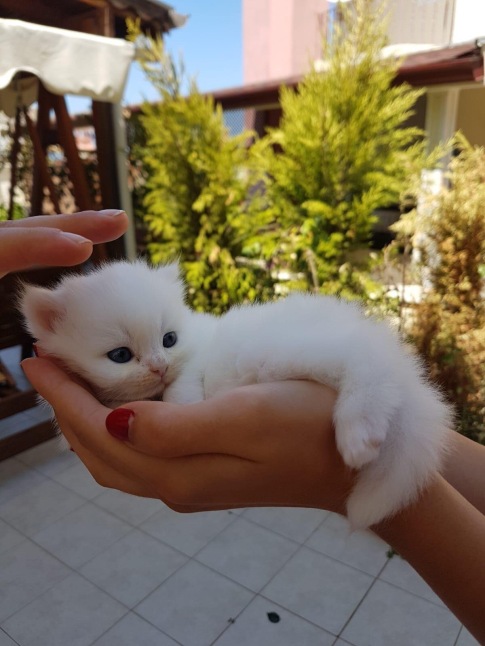 On Monday night, we realized we’d both DM’ed each other Velvet Taco’s taco of the week. He was positive I would nix it, but I was actually dying to try it! Their special is the chicken and waffle taco: 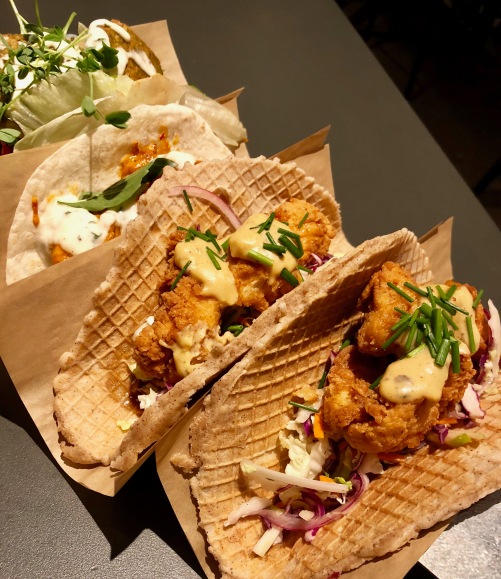 It’s got red chili aioli, apple slaw, chicken tenders, maple syrup, country gravy, and chives. We both skipped the bacon. We tend to keep pretty vegetarian, but we are flexible and did NOT want to pass this crazy creation up. 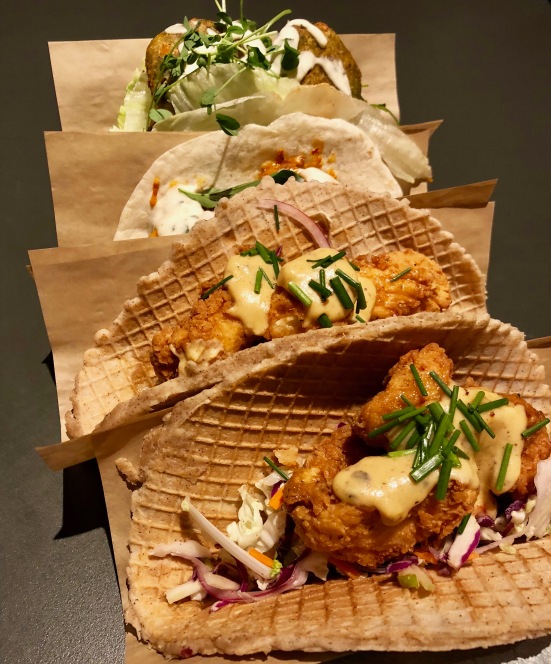 I love having access to such awesome restaurants! Austin is amazing. Sometimes I think about moving somewhere else, but this city is incredible for foodies.

Would you try a chicken and waffle taco? Do you think it’s too early for my fall fixation?

Have an AWESOME week!!