I was on YouTube trying to find new songs to add to my cardio playlist, but then this popped up on my recommendation page. And now that I’m an official BACHELOR BLOGGER, it is my duty to post about this.

In case you haven’t seen it, here’s the video. I’ve already watched and it was just as great the second time. It’s honestly worth watching past the first few irritating seconds where we see Colton’s golden body hair and hear the accompanying shrieking. Shit honestly gets insane. I am actually feeling PUMPED.

“Colton looks so hot,” one says, clearly interested in his armful of rope bracelets. His mom bought him those on their last cruise to the Bahamas, probably. So at least that’s nice, it means he loves his family. And that’s VERY  important here in Bachelor Nation.

The girl who has never been kissed is wearing a black bathing suit and red lipstick, which is a lot, but she’s in a beach setting, so maybe she goes far.

Annoying girl says Colton is a chiseled god and is, aye papi, getting her hot. I mean, no. Colton flips a tire. SICK.

Whoever the girl is that says “I have not dated a virgin since I was 12” is my new season favorite. I should know who she is after writing my massive meet the women recap literally yesterday, but in my defense, all these non-Laurens look a lot alike.

Then there’s the montage of like women on dates and Colton cheering with a group “to fantasy suites.” They have never toasted to that before, so clearly Colton wants us to remember this is a significant thing for him. As if we could forget with ABC’s marketing campaign for the season, and this unmistakeable nod to The 40 Year Old Virgin. 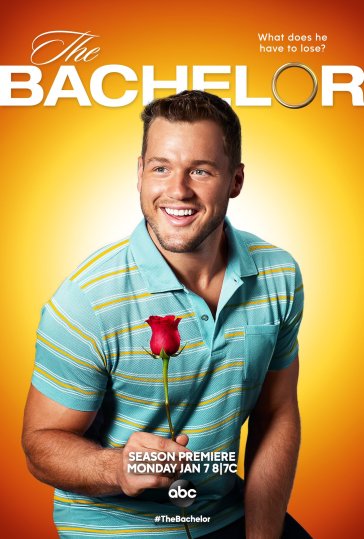 More virginity talk, this time with Chris Harrison. The one blonde girl goes very far (I’m guessing) because she knows the Fantasy Suite dates are in Singapore- she says, “Could Colton lose his virginity in Singapore? MAYBE.” And Singapore seems like a destination for later in the season, if we reference travel itineraries of Bachelor past.

Colton says he gets rejected whenever he puts himself out there, which is just like, okay… We all watched Paradise. But then a girl says she can’t accept a proposal, which I’m guessing means she leaves halfway rather than makes it to the end and says something like this as a final four.

The #gatejump. It’s really a thing of beauty. Colton lifts his big ass body right up and over a fucking driveway gate as Chris Harrison calls out to him, sounding surprised. The girls also screech in surprise. It’s MAGICAL. Does he run away? How does he pull himself straight up and over like that? What does he land on on the other side?

And that’s it! Tune in January 7th.

This is going to be good.