Last month, I took a trip from Austin to San Antonio with my boyfriend, Scott. San Antonio is a little over an hour away from us. There is a completely different vibe than Austin, with a lot more big stores and highways than Austin has. SA is MUCH bigger than Austin, even though we are the capital. In my city, there is a pretty big emphasis on local business, healthy food, and general uniqueness that keeps Austin “weird.” 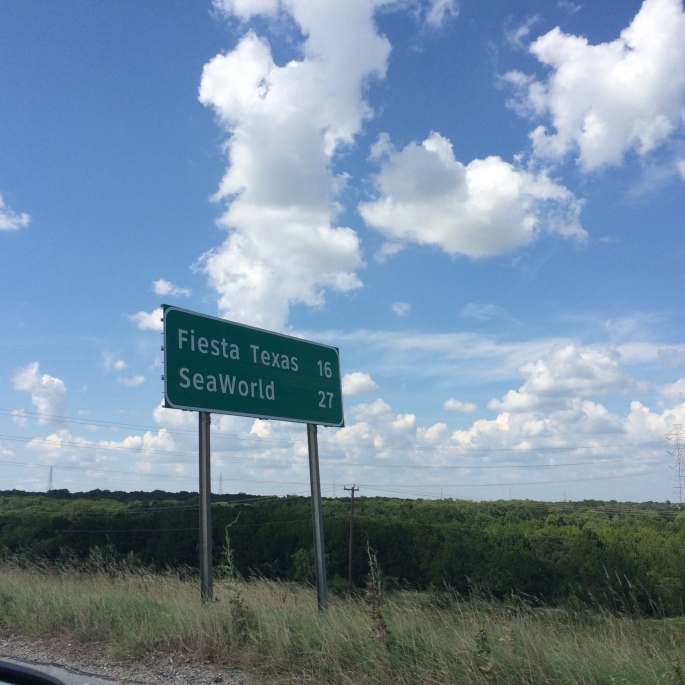 There were different demographics of people in San Antonio, too. It has a huge Latino population, much larger than Austin. There were more Spanish billboards, businesses, and signs than I see in ATX. I hadn’t realized how white Austin is until I spent some time in different parts of SA. Austin is one of the few cities in America where our population continues to go up while the percentage of African Americans goes down. Austin has a very racist past with the red-lining of the city when it was first drawn up, and depressingly, we can still see the effects of that now. Seeing how different San Antonio was as far as the population was very cool and eye-opening. (End rant. I’m a sociologist and can’t help myself, I guess.)

On the drive down, I had coffee and a vegan donut in true road trip style.

Scott and I went down there to sell and pick up some musical equiptment, and with this in mind we had to check out the Guitar Center there. We have been to every Guitar Center in Austin tons of times, like the Sephoras, and it’s always fun to check out somewhere new. It was a rare day off for Scott, so it was important to spend some time comparing closed back and open back cabinets and deciding the four speaker cab works the best with a solid state head (Did you understand any of that? I swear I really pay attention when Scott talks about bikes and music. I even know what humbuckers are!) 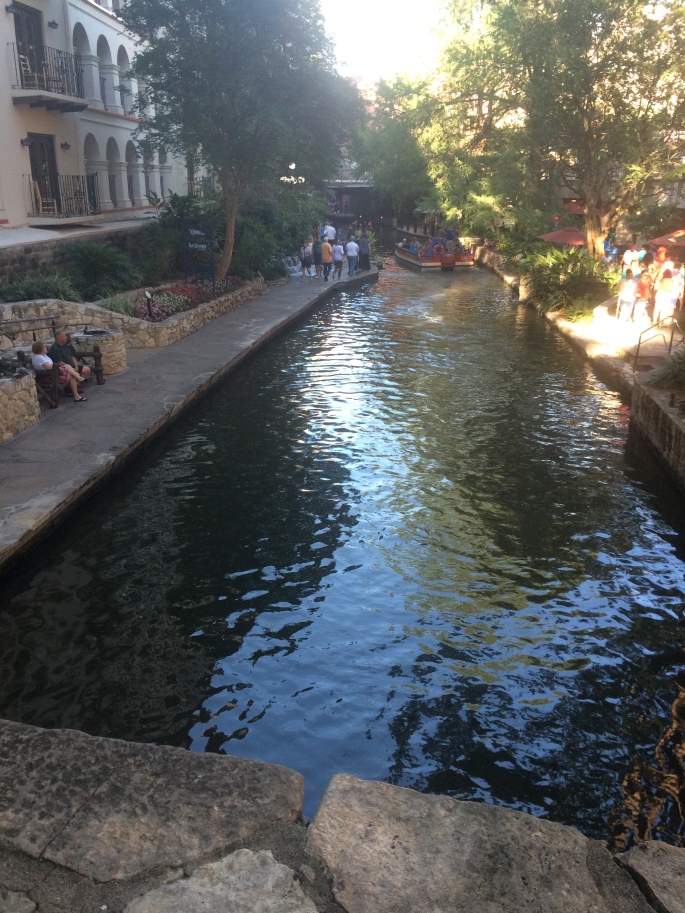 Obviously, no trip to San Antonio would be complete without going to the River Walk. I have been to the Alamo before and had no interest in doing that again, and I haven’t been to the River Walk in years. I was so excited to be back and had one big goal… There was something I wanted to do for years. It might be small, but it was a dream of mine since the first time I ever went to the River Walk when I first moved to Texas.

I wanted to eat Tex-Mex food at one of the River Walk restaurants at a table directly next to the water.

We walked up and down the river walk until my feet hurt, trying to find the right place to eat (we don’t eat hydrogenated oils, fried foods, white flour, etc., which are common in chain restaurants, so we had to be picky) in our price range.

We went back to the first restaurant we had actually passed on our way in, and asked for a table next to the water. The hostess zipped over and wiped one down and my silly little dream came true!!

I was so relaxed and happy. I people-watched, and enjoyed my queso and tortilla soup. There were ducklings in the water, river boats going by, and it felt like a real vacation. It didn’t just feel like we had hopped in the car and driven south for an hour- it felt like we had traveled far, exploring somewhere exciting and new. 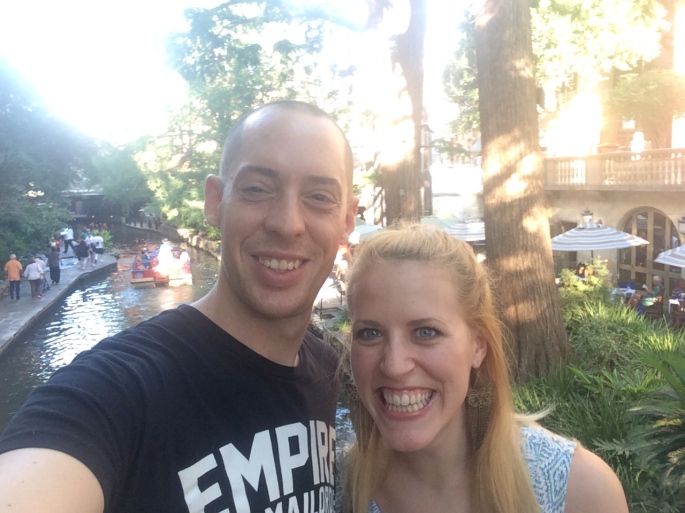 Not the best picture of us, but whatever! Do you get nervous taking pictures when there are a ton of people around? I do!!

We checked out Whole Foods, which was VERY different than Austin’s Whole Foods, from the music to the food selection. We did snag some agua frescas which were 2 for $3– in the downtown WF, the agua frescas are 2 for $6!! We didn’t get home until very late, and skipped stopping at the world famous gas station Bucee’s. It was a looooooong day, but that’s how any good Daycation should be!!

Have you ever been to San Antonio?