When looking back over my day, I had to fight back laughter as I was laying in bed.

Scott and I are hosting my friend Derek this week, on his motorcycle tour of America, and it has been a blast. I knew Derek from way back when, in the era when my parents owned an indoor skate park in New Jersey when we were both scrawny and awkward. We would hang out for hours in the skate park’s office on weekends with another boy named Sam, and they were the first riders on my 50-Cent inspired skate team T-UNIT.

(Sam on the left, Derek on the right, in the snack bar of the skate park)

When I told my mom that Derek was coming, she clapped her hands and told me that my boyfriend and Derek would get along SO WELL and it would go great. As a cautious person by nature, I had my reservations as I hadn’t seen Derek since my last trip to New Jersey four years ago. Plus, while he was off backpacking around Europe and road tripping to Cali and back, we didn’t exactly keep in touch…

Oh me of little faith. We picked back up right away, looking through old photos and exploring Austin and drinking vodka mixed in Trader Joe’s pineapple juice. He was supposed to stay two nights, but with the rain and the imminent BMX insanity of TEXAS TOAST this weekend, he has extended his visit to the best city in the world. We just laugh a ton, and drive around joking in that way where the conversation never ends and we use silly voices and stay up too late.

(Derek & me at the soaking wet 9th street dirt jumps) 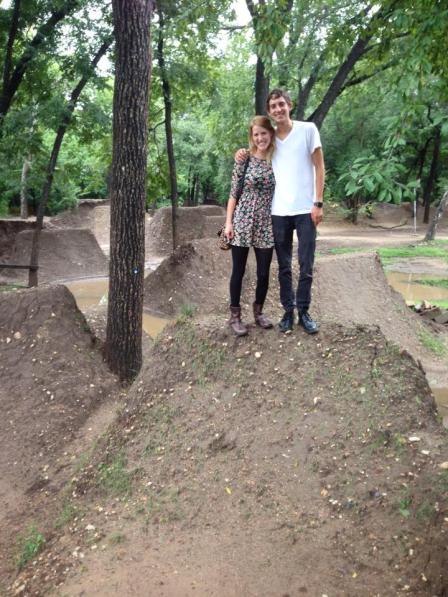 (Scott & Derek. Beanies for the rain, bro-ing out) 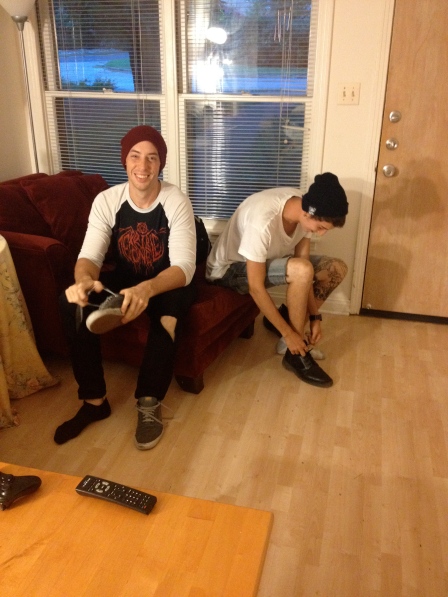 Derek is a filmer and videographer (check out his website here and see his vids from Europe and Jamaica and smoky bedrooms in Ringwood, New Jersey here) so getting in the middle of the bowl at House Park was natural for him. He’s even barefoot. Scott is shredding in the back on barely dried concrete. 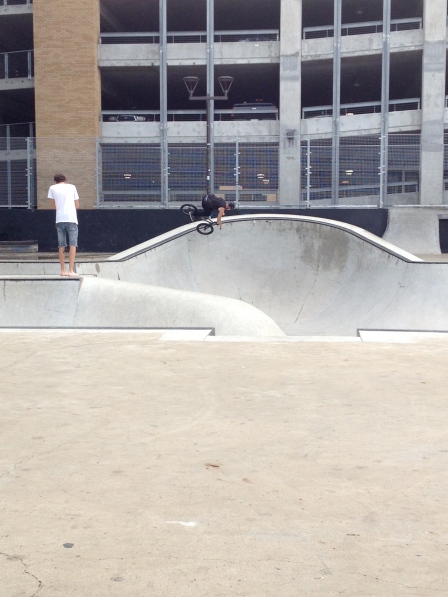 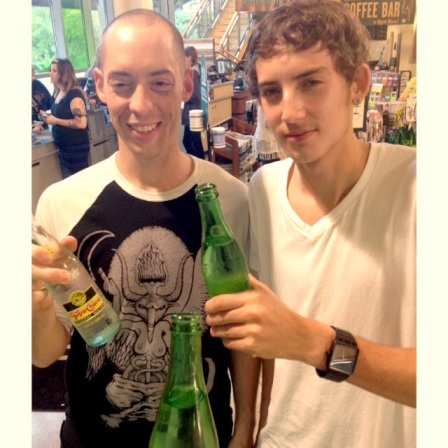 The first restaurant we went to with Derek was BOULDIN CREEK CAFE (where we go constantly). Our waitress sees us and is like table for two in the back? And Scott and I shocked her and say no, table for three! Derek got a cappuchino made with love and instagrammed it, and a veggie burger that was so delicious you couldn’t even tell it was healthy. 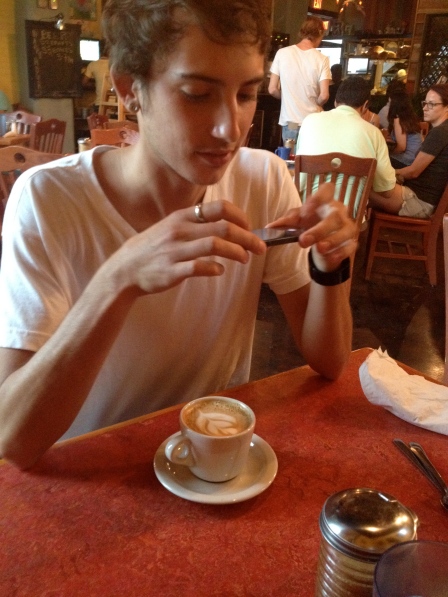 We checked out the castle and graffiti walls in Austin. What, you don’t have several dedicated walls to professional graffiti art in your town?

We ate at Zocalo’s over in Tarrytown, where we were the only clientele in motorcycle boots, metal-inspired BMX tees, and fresh beanies bought from Empire BMX on North Lamar. Everyone else was dressed in their yuppie finery, kicking up their Tory Burch flats to get down on some delicious, well priced Tex Mex. It’s some of the best food in Austin and gauranteed free of hydrogenated oils, which is why we chose it over some more well known places like Chuy’s or Maudie’s. Horchata, churros, queso, and tacos. YESSSSSS!

Derek is hopefully going to be here for a few more days- I think his BMX friends down in Jamaica would kill him if he left before our bike-extravanganza festivities this week. Then he’ll be moving on, heading to his new apartment in San Francisco. And that means Scott and I have a place to stay if we ever make it out west!

One thought on “NJ boy does ATX!”