As apart of TEXAS TOAST WEEKEND RECAP: PART 2, I have to begin where it begins for me. Which is cooking and baking alllll afternoon for Friday night’s….

So Scott and Derek were out all afternoon at the skate park, riding and shooting photos and eating Whole Foods tacos (PS- Check the photos from that excursion HERE). I watched Orange is The New Black and whipped up my signature paprika-parmesan chicken, which I then wrapped in whole wheat crescents, and baked three batches of low-fat brownies that I rolled into balls and then rolled in palm sugar, to achieve a Dunkin Donuts munchkin of sorts. 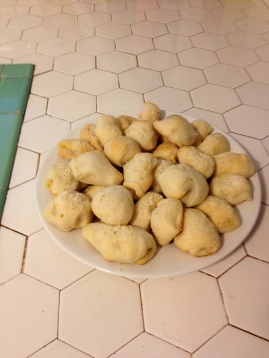 I got dressed and ready for the party, and the very fun GNARNIA crew started arriving. At first I just saw them in the street in front of my house, manualing around on their bikes while waiting for Scott or Bobby to get home. I set out the food and it was devoured within minutes. Everyone was stoked on the chicken poppers and the brownies, and I stood back in my dress getting everyone drinks. I swear to god, I felt like the Martha Stewart of bikes.

Everyone congregated in the living room, which got pretty full pretty quick. We had tacos with queso for dinner, which were amazing. 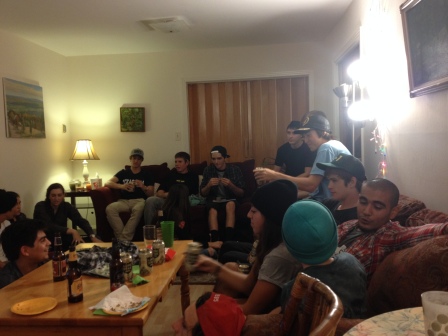 Derek was stoked to try some Texan beer. And I took a pic with my friend Lexie. 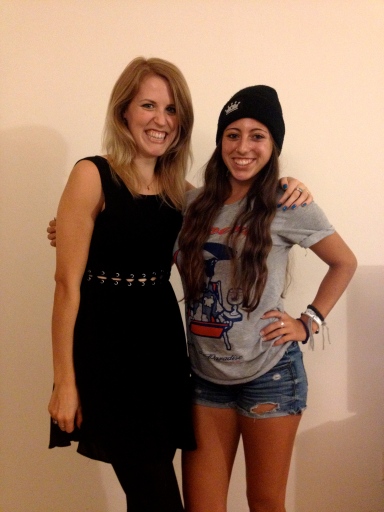 We were all feeling pretty loose, and then Colby put in the DVD of HALF ALIVE, which the crew has been filming for these past few months. We turned off the lights and gathered around the TV to watch. It was exciting and sooooo good! Michael and Bobby had some clips that really had me cheering.

Then we headed outside, and gathered around the fire pit with some celebratory marshmallows. 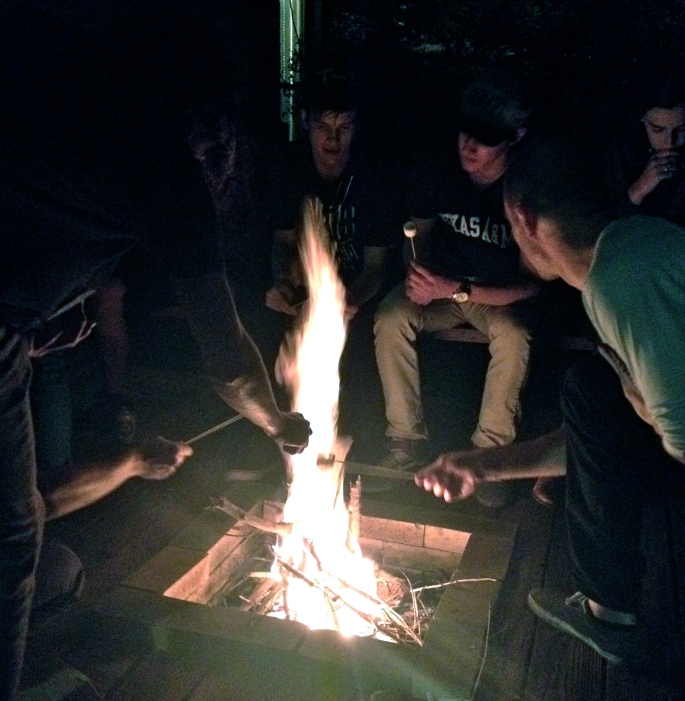 By the end of the night, Scott had consumed 20 Topo Chicos and Derek and I were mixing disgusting cocktails with the mini bottles from my liquor cabinet. Everyone headed out with their bikes, and we all pitched in to clean the kitchen.

But the next morning Derek and I were drinking coconut water and eating hangover friendly bananas while Scott was out at the skate park for an early riding session.

One thought on “GNARNIA HALF ALIVE PARTY”