Today I’ve got a bit of a different blog post for you. This year, Austin finally got the famous Beverly Hills ‘cupcakery’ Sprinkles to open up in our city limits. I went to the grand opening…

And I have basically been completely and totally obsessed with Sprinkles since then.

I live FIVE minutes away and there’s a 24 hour ATM, too! I think these are the best cupcakes on earth, and they always have new flavors- the flavors rotate daily, and they have new special flavors every month. AND they have off-menu flavors that only last one day and they post about on Instagram! It’s all very exciting to me, lol. I spend a lot of time on this website. Why is this my life??? I used to think my obsession with vegan donuts was bad, and now I’m like, “oh it’s Saturday, what are the Sprinkles flavors today?” 😂

I like a good list, and I like ranking things. So every time I try a new Sprinkles flavor, I think about how this one compares to the others. I’ve tried about 20 different flavors at this point, out of about 40.

Anyway, on to the cupcakes. You can read each official flavor description on their website here. Photos are either mine or from the Sprinkles Cupcakes facebook page. Listen, I don’t always have TIME to photograph my cupcakes before I eat them, okay?? Hahaha.

Every single time we go to Sprinkles, Scott suggests vanilla. He famously does not even like cupcakes, OR vanilla stuff (that’s my department), so this just shows how DAMN GOOD this one is. I’m like, no, we’ve tried that one. And he’s like, but… it’s the best one. It’s true. It’s not boring. It’s heavenly. 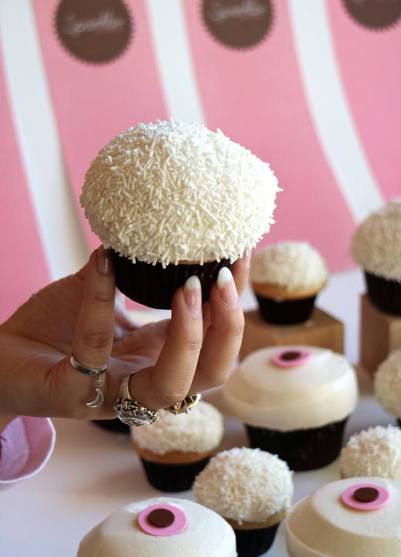 A surprise favorite! The dark chocolate icing isn’t too dark, and the banana cake is UNBELIEVABLE. It’s the best banana bread/banana cake I’ve ever had, hands down. This is my new go-to. It’s only available two days a week, cry face emoji.

Another surprise favorite. Belgian dark chocolate cake, vanilla frosting, chocolate speckled sprinkles. If you don’t know what to order at Sprinkles, order this.

Vanilla cake, milk chocolate icing, chocolate sprinkles. Tell me where you can go wrong with that??

March’s special cupcake. And it was indeed special. It actually tasted like Bailey’s!!

A three-month spring special. Prolly one of the best cupcakes of all time. I got this one at least four times. 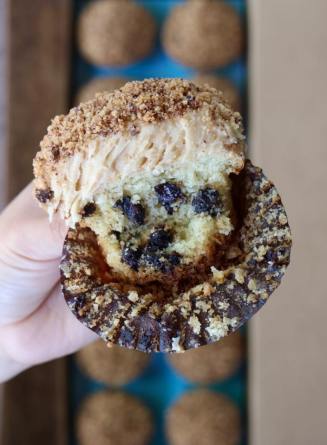 Honestly, I’m surprised this one doesn’t rank higher. This blog was originally named “cinnamon sugar beauty” although I really just wanted “cinnamonsugar.com” before settling on that. I’m low-key obsessed with cinna-sugar stuff. But this has a buttermilk cake and cream cheese icing, so it isn’t exactly a cinnamon roll. Still, it’s great if you like cinna stuff. 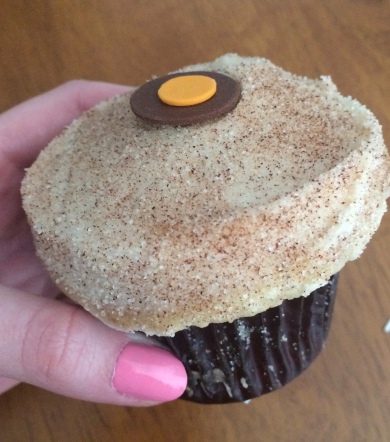 I’m a salty-sweet kind of guy. Right up my alley. I tend to go to Sprinkles on Tuesdays and Saturdays for some reason, so I rarely see this one.

This one was a huge surprise! It was April’s flavor of the month, and I didn’t expect to like it since I don’t like sour things. But it was creamy, sweet, tart, well crafted, and the filling inside was the best part! 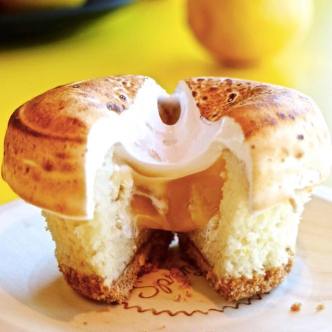 Now… the ones I probably wouldn’t order again.

I tried the banana dark chocolate one day, and then figured, if the banana-dark choc was so good, the banana with VANILLA icing must be 10000 times better! But I was wrong. It was kind of boring. The chocolate pops against the banana cake way better. This one is skippable, to me, although the banana cake is incredible.

It was like a Hostess ding dong, and it was good. Dark chocolate cake dipped in chocolate ganache, and filled with marshmallow cream. But I doubt I’ll ever order it again.

George Clooney’s tequila company hooked up with Sprinkles for a key-lime-pie, literally-tequila-spiked Cinco De Mayo monthly flavor. And it was pretty good! Very unique! And there were photos of Clooney in Sprinkles all month, and who can be mad at that? But I definitely wasn’t compelled to order it more than once.

I’m a milk chocolate girl, so this low ranking is hella biased. 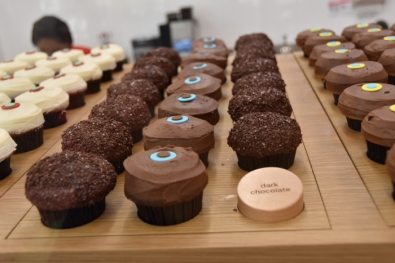 The nonpareils on top were soo crunchy it was distracting. The funfetti cake was good, though. This one is only available on weekends, which feels kind of fun and special. If I could get it without the nonpareils, I’d be soo happy! 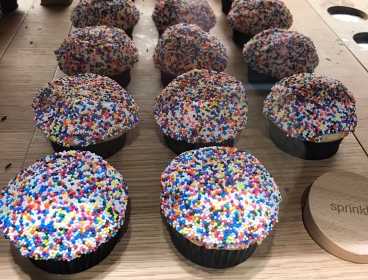 This is their signature flavor, their most famous one, and yet… Meh. I had it once in a mini size and was never compelled to get it again. I like red velvet stuff, too, so I was surprised it was so whatever.

I was so excited to finally catch an off-menu flavor (normally I find out like the next day and I’m bummed to have missed it) and it was probably the most lackluster cupcake I’ve ever had, even though it seemed incredibly promising!

There’s a bunch I’ve yet to try, too. It’s going to be hard to get me to order a lemon or lemon coconut when I have all these other options, but I want to taste them all!

Have you ever had a Sprinkles cupcake?? More and more locations are popping up, and they have them at Disney parks.

Man, I know it sounds like it but this post isn’t sponsored. Although that would be literally a dream come true, right next to having a pet baby deer…

Thanks for reading. This post was brought to you by my commitment to writing blog posts I would want to read. Be the blogger you want to see in the world! Haha. Although honestly I had like five moments writing this post like, am I still working on this??