Today I was inspired to show off a truly summery color. It’s China Glaze’s GRASS IS LIME GREENER! They couldn’t be more right with the name. It’s if a grass green mixed with a lime green- bright, juicy, summery.

This one is both a neon and a pastel.

This polish is from China Glaze’s spring 2014 collection. China Glaze is pretty good about their seasonal polishes actually fitting the season, which can be pretty hit or miss depending on the brand. OPI’s California summer line that just came out has some really autumnal reds and oranges in it. So it’s nice when the launch matches the season! 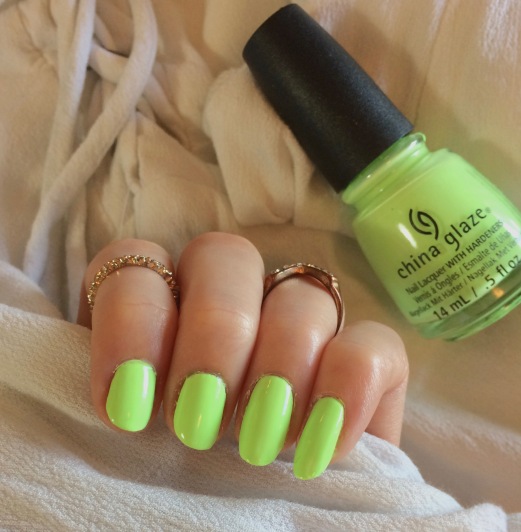 I remember I wanted basically every color in this spring lineup. And somehow I ended up with a bright green, which is so unusual for me (despite two posts in one week featuring pale greens…!).

Grass Is Lime Greener has a creme formula. And it’s not a great formula. I had to do FOUR coats for this one to look good. Like with a lot of CGs that dry semi-matte, I did veeeery thin coats. Patient, thin, even coats. This method caused me to do four, but if you did normal coats you could get this perfect in three. Once I hit it with a glossy top coat, I realized all my worries about the formula didn’t matter. A glossy top coat is this polish’s best friend. Do not leave it matte. It looks…lumpy.

I swear, this polish looks fresh as hell against a white outfit. It’s not juvenile, despite being a sweet neon apple green. I wore this against a white sundress and a white linen top, and my nails were the perfect accent. 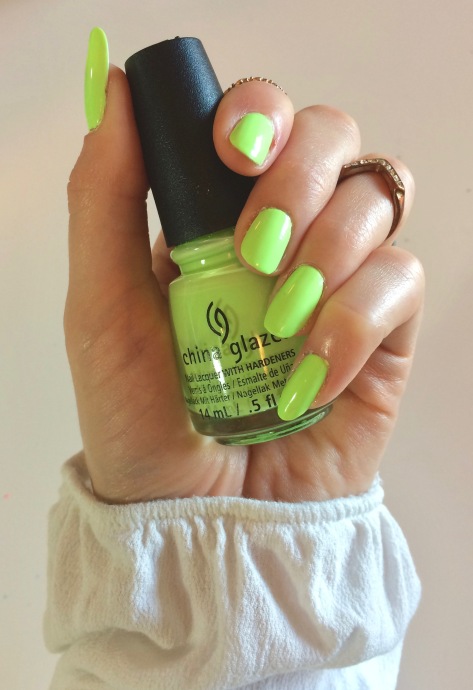 Here’s how it compares with the other similar colors in my collection. It’s not like the neon greens that Orly has put out (Glowstick and Key Lime Twist, both of which I’ve ogled and eventually passed over), and it’s a classically China Glaze formula & shade. 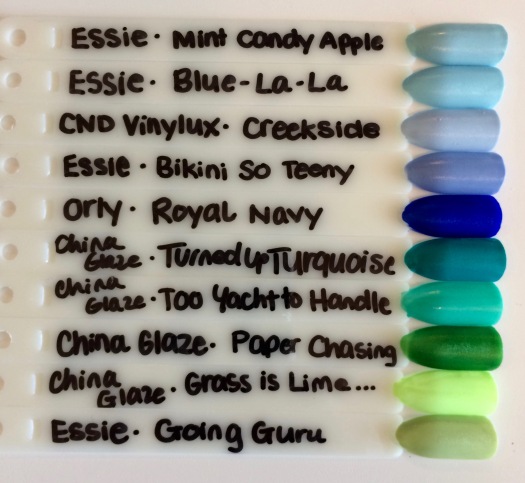 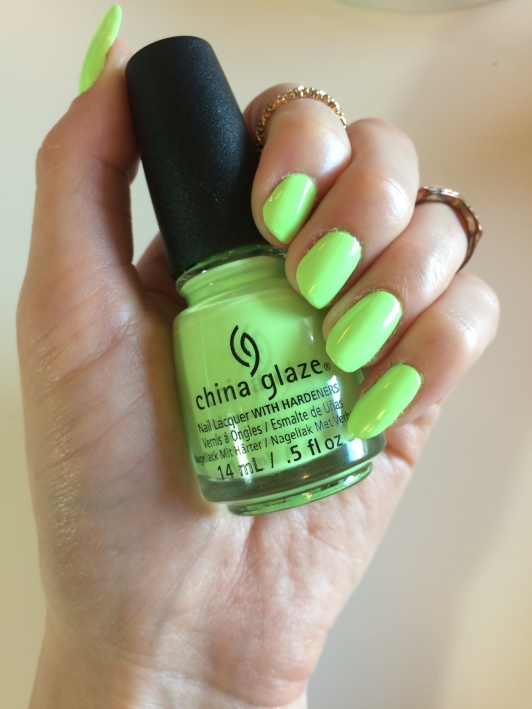 This is one of the few polishes that I have that don’t have a great formula but are totally worth it because of the color. Normally I’m just so mad at bad formulas I never reach for those colors. But Grass Is Lime Greener is such a dope color that this one gets a big thumbs up from me.

What do you think? Do you like green apple nails?