Sometimes I get nervous about things.

For example, I’d been a little anxious about checking out the beautiful boardwalk Austin built a few years ago on the east side. I thought about going on Memorial Day, and then again on Mother’s Day. But I quickly backed out of these plans- what if it was too busy? It was a holiday, after all. The idea of riding my bike and dodging kids and dogs sounds stressful. I was even nervous after I picked a good day to go and found parking, since I’d have to ride in the street down to the park. People do stuff like this all the time! People even ride bikes on the highway here!

For my whole life, I’ve gotten nervous like this before doing something the first time. Sometimes I let it stop me. But more and more this year, it’s barely a noticeable feeling. I had a flicker of nerves when I hopped on my bike to merge into the bike lane, but I knew I’d be glad I did it afterwards. If I focus hard enough on staying present and imagining myself zipping around my apartment a few hours later, grateful I did something fun and joyful, I can do something new and “scary”.

It even feels ridiculous writing a preamble about how nervous I was to check this place out, since it was one of the most relaxing days I’ve ever had. But I know anyone with anxiety symptoms will be able to relate handily, and this is stuff we should be talking about.

SO, here is my beautiful day exploring the the Boardwalk Trail at Ladybird Lake. It’s tucked behind some well-placed apartment complexes on Austin’s east side, which is becoming less “Oh, you know the east side” and more “OMG, when did the east side get so gentrified?? What’s happening??” 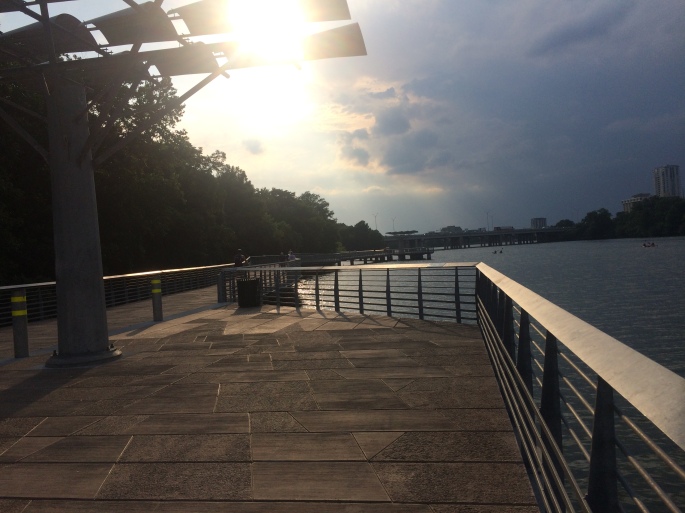 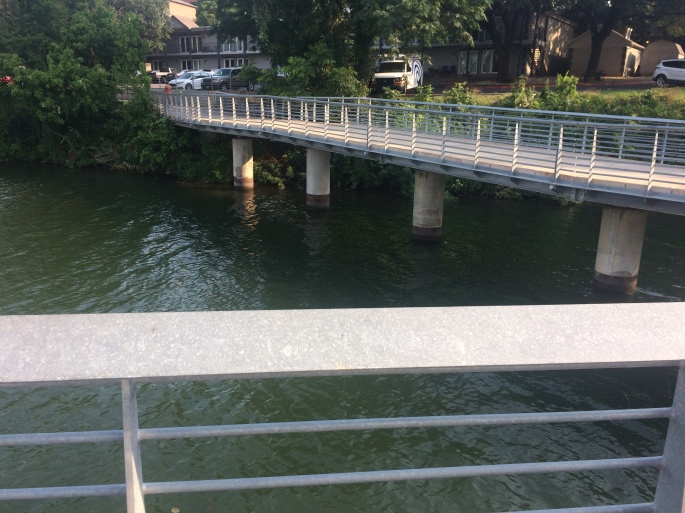 The boardwalk was so beautiful! Whenever I hear the word boardwalk, I picture the REAL boardwalks of beach towns, with carnival rides and arcades and funnel cakes. So it’s a little funny to me that this elevated path is called that. 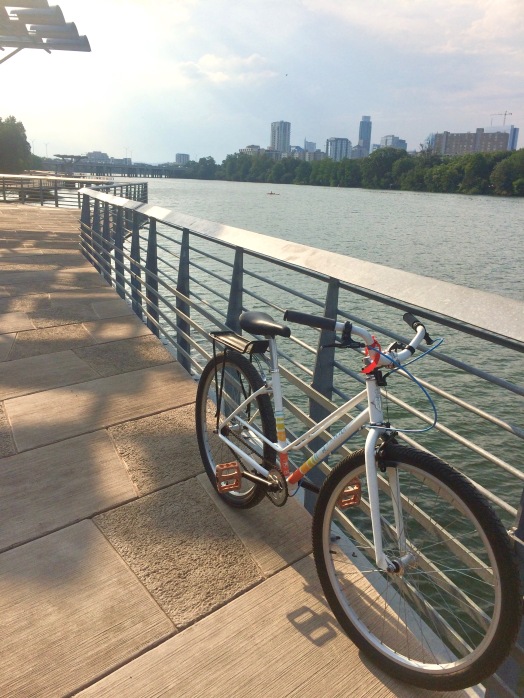 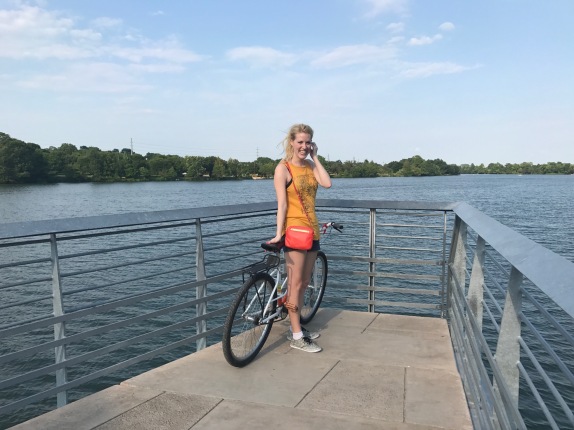 It was a perfect day weather wise, and Scott and I loaded up on sunblock and bug spray. The stones of the boardwalk were easy to ride, and I was just grinning the whole time I was out there. Such amazing views! Such a nice breeze! It was quiet, too, even for a weekend afternoon. 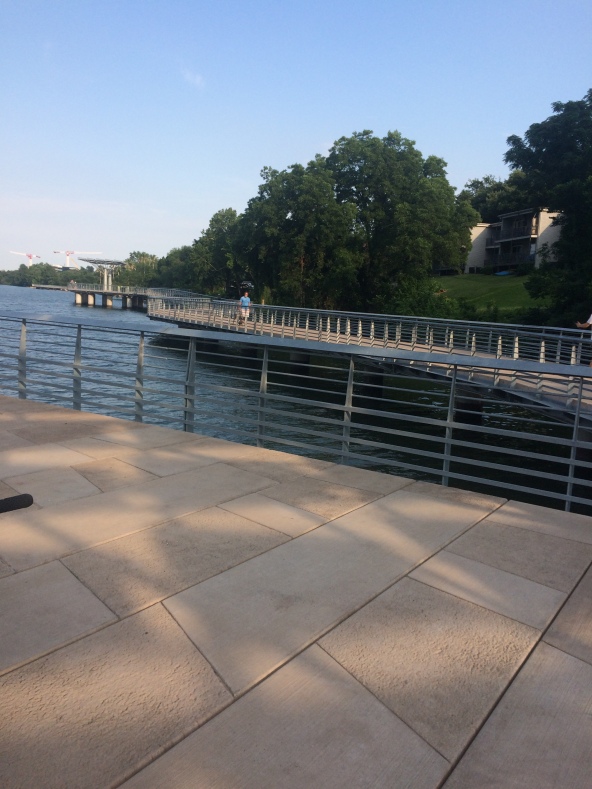 The trail is open until midnight each night, which is awesome. I want to do a night ride. At parts, we were riding on sand and the trail was basically like Town Lake. The boardwalk part of the trail comes out to be around 4 miles, so it definitely didn’t feel too short. We made it all the way into downtown before turning around.

I had that feeling as I often do on Monty that I could ride forever. 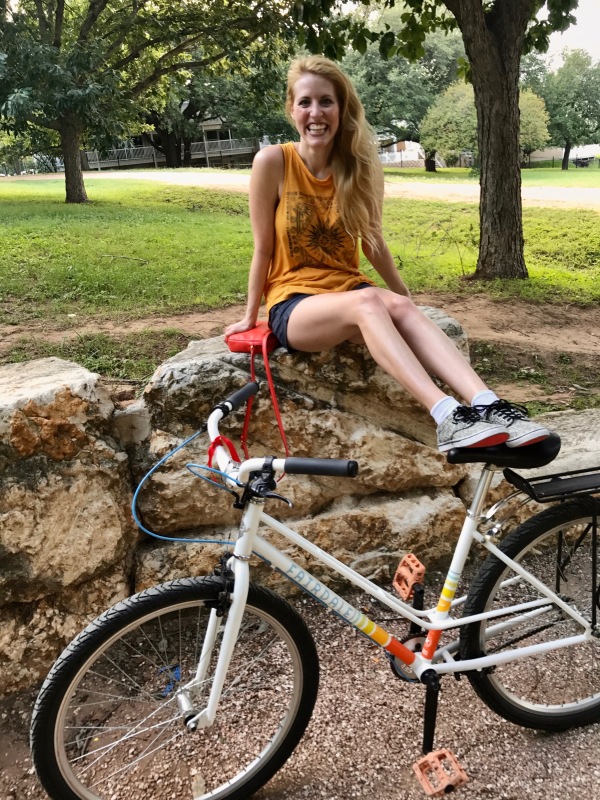 Then, as if the day couldn’t get any better…

We went to Veggie Heaven for dinner!!!

Veggie Heaven is an Austin staple that Scott and I used to go to all the time when we were first dating. It WAS a tiny place off the Drag, that always got crowded and had weird posters of I Heart Huckabees on the walls and left out to-go containers of food for homeless people. It was an Austin gem, to be sure. Then it closed, which was a blow.

Then it REOPENED recently. This is one of those totally weird, totally amazing places you need to check out if you’re in Austin. Every single thing on the menu is great. It’s in a better location on 5th, right downtown, and has easy parking. It’s so much fancier inside! It’s definitely upgraded. 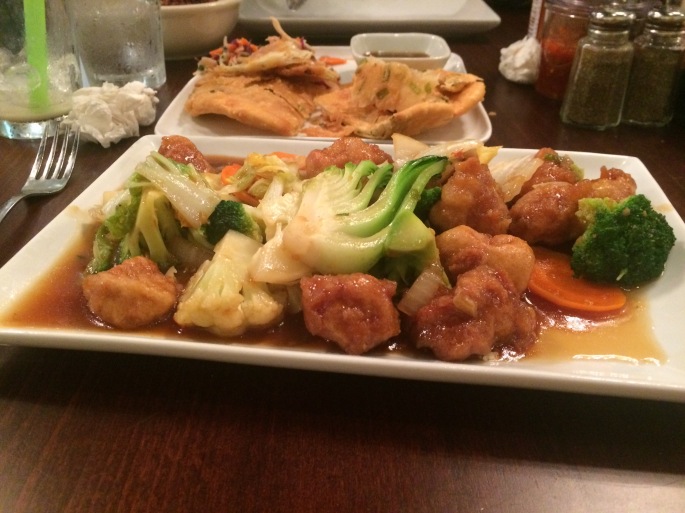 We got the deep-fried scallion pancakes to start, which is pretty insane if you know Scott and me. We don’t fux with deep fried shit. But I guess we were starving after our bike ride and wanted to try them. They were perfect with their tangy dipping sauce. We also split the protein garden, which has Veggie Heaven’s special texturized vegetable protein nuggets and a bunch of delish veggies in a brown sauce. Loved it!

Veggie Heaven also has great bubble tea and tropically-flavored mimosas. I ordered a strawberry soy milk boba but drank it all before the food came or I could even think of taking pictures. I’m still adjusting to my life as a blogger again. Hey, one pic used to cut it if I was only posting on Instagram! 😜 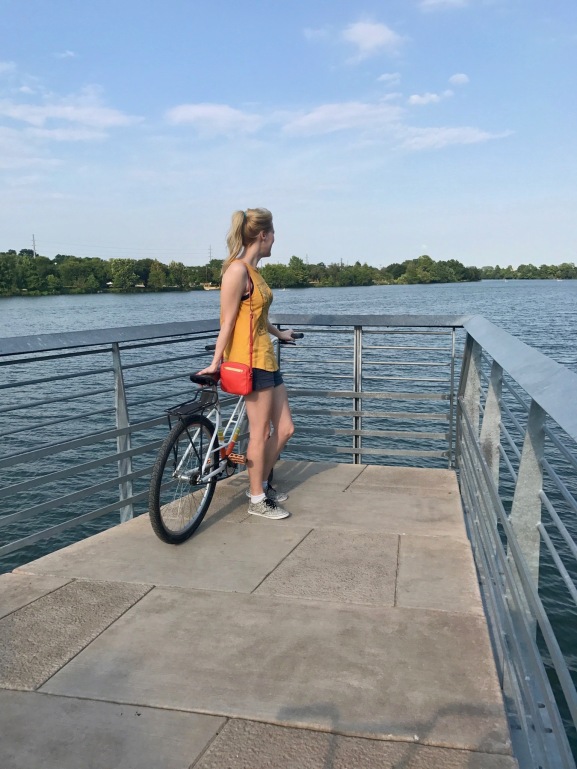 It was such a great Austin adventure.

I can’t wait to go back to the boardwalk, and I’ve got Veggie Heaven’s Asian dishes on my mind…